Steve Fisher tells us that this was this was the most nervous he’s ever been for anything! He was invited to [… 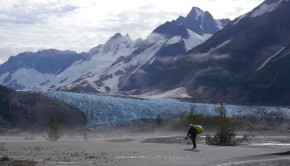 Check out Evan Garcia’s entry for the 2013 Rider of the Year Awards in the Carnage category. Location: Skate Park […

Boof Party on the Swale – A Yorkshire Playground

A rainy, windy day lapping the Swale at a perfect 1.5 on the gauge topped off with a blast down […

On Our Own – 2013 Quebec Connection Season Recap

Check out a short edit from Noccalula just before Christmas! I have been intrigued by this drop ever since it […

My favorite river of all time, the beautiful, pristine, and amazing Linville Gorge is the the most amazing place I’ve […