In 1975 Russian explorer Igor Bazilevski and his team of ten men attempted the first
decent of the Bashkaus river in Siberia. Tragically Bazilevski and half of his team of cata-rafters had drowned by the first major canyon. Only four men survived. The following year the survivours returned and erected a memorial in the gorge which was only accessible by river. 60 kilometers of class five whitewater in one of the most remote parts of earth. Since 1975 a number of kayakers and cata-rafters have attempted the Baskaus, many have succeeded, many have not. These russian cata-rafters are part of a long tradition of white water exploration. They have stuck with their craft for many years and refused to adopt new techniques. This sort of paddling is hard work and has carries with it many risks, but they believe that to die on the river is an honor. These men are true Russian explorers.
By: Jared Mehan (NZ) 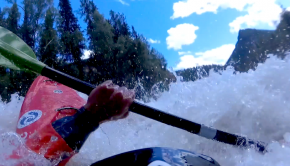 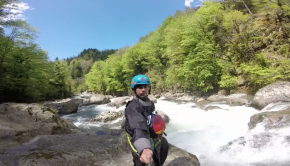 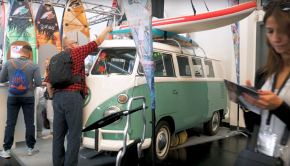