Video of a sweet day running 18 meters (60 ft) Little Outlet Falls on the Arn river in Southwestern France. ( we named it this way because it’s pretty similar to Outlet Falls but is only smaller). I’ve scouted this one for three years and have been waiting for the day the stars would align; that day came mid May 2020 when it rained the perfect amount to make it look good to go. So i called my dad, Pierre Alain Clerc, good friend Ludo Castelle and gave it a go! After 1+ hour of scouting, we first ran shuttle, and on the way discussed about the chosen lines and safety operation; we decided that i would go first with Pierre Alain waiting at the lip ready to abseil into the gorge if anything went wrong.  It was also pretty stressful because it has a heinous cave on the left, and being located right underneath a dam, there is a camera filming, so we were afraid of getting kicked out before even being able to put in… luckily no one came. The rest of the run is made of very sweet slides, kickers to send some sweet  Dane Flips and ends with a cool forrest section. 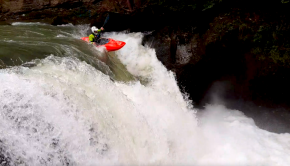 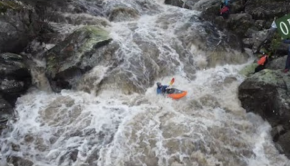 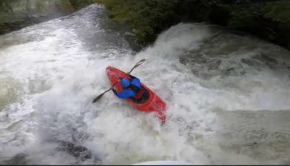 Creeking in the Jura & Ticino with Niels Jung → 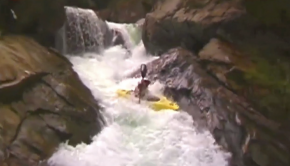