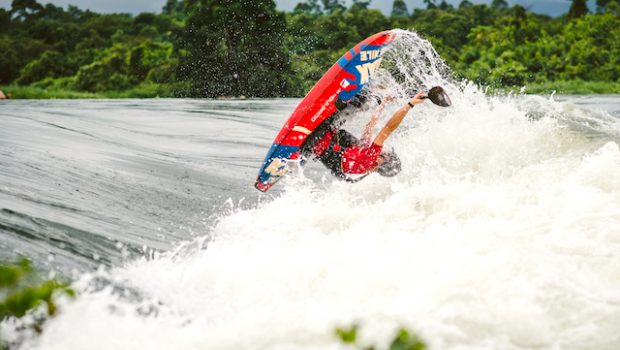 Over a thousand people lined the banks of the Nile River in Uganda this last weekend, in a celebration of a well loved and amazing section of river. This is how it all went down… 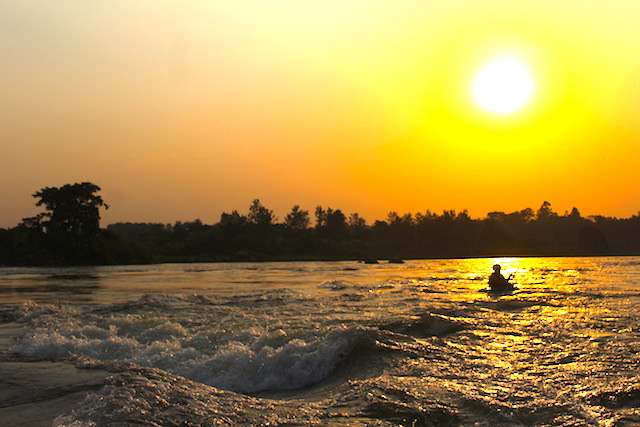 Superholympics
The infamous ‘Superholympics’ kicked off the 2020 Nile River Festival with unofficial flippy floppy fun. The name of the game was party surfs and inflatables. With a mass carnage party surf, attempted SUP front loops and cheeky duo flat spins, Super Hole was the place to be. The local village kids, were out in force which was pretty special, many of them can really rip it up both in their kayaks and on the inflatables!! 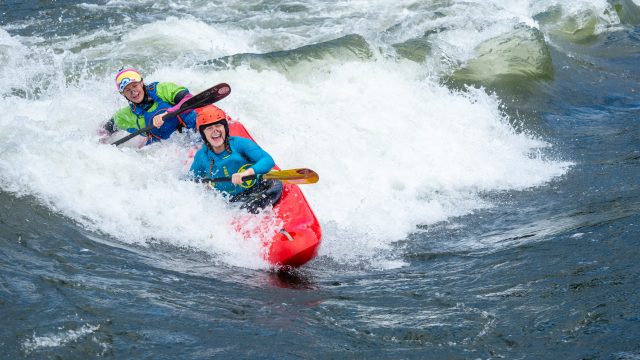 Thursday Big Air Ramp
The hilarious Big Air Ramp followed on Thursday night, always a spectacle to behold. Competitors either use kayaks, or design a craft to launch themselves off a huge ramp into the lake – the crazier the better! Impressive air screws and sasquatches faced the judges, but the grand finale went off with a bang as resident maniac Coby Luddick literally set himself on fire! Now, that is commitment! The 3 judges managed to keep out of the splash zone long enough to honour local NRE legend, Owen, who won yet again with 2 awesome launches including a super smooth air screw! This boy, quickly turning into man, is one to watch! Flaming Coby stole second place with his perfect 30 second run, but it wasn’t quite enough to beat 2 consistent tricks. Following the Big Air Ramp was the first official party at Nile River Explores where an infamous Bujagali Sunset (and some Bujagali sunsets!) were thoroughly enjoyed. 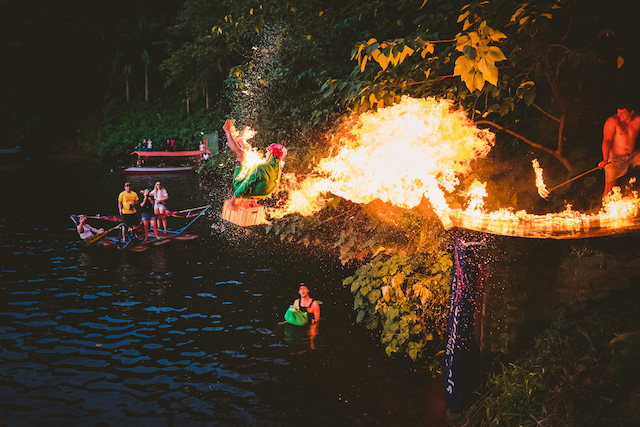 Freestyle Friday
Friday is all about using the features of the Nile to show off different freestyle moves. Competitors had the opportunity to surf 7 different play features throughout the day. After a massive rainstorm overnight, a very messy truck ride to Superhole was memorable for the mudslide roads, two breakdowns, and plenty of humour in the mix too with a truck very full of kayakers, and a trailer loaded up high with rafts and kayaks! 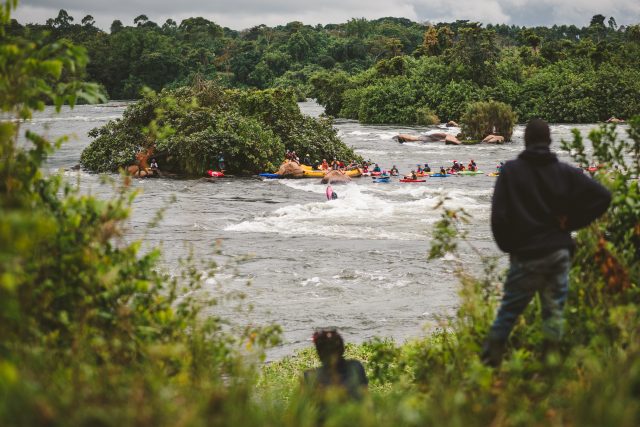 The glassy ramp of Bubugo offered an awesome platform for huge Macho moves from both Bartosz Czauderna and, Love it Live it founder Sam Ward. Real Deal Hole saw a cheeky party surf as well as huge loops from various competitors with Real Deal wave being the perfect platform for the wave moves to really come out. Then the crew moved downstream for a quick dip into Superhole: an awesome wave / hole.There was time during the day for plenty of floating and cruising, time for more banter and to soak up the jungle lined banks, with otters swimming, and birds swooping. 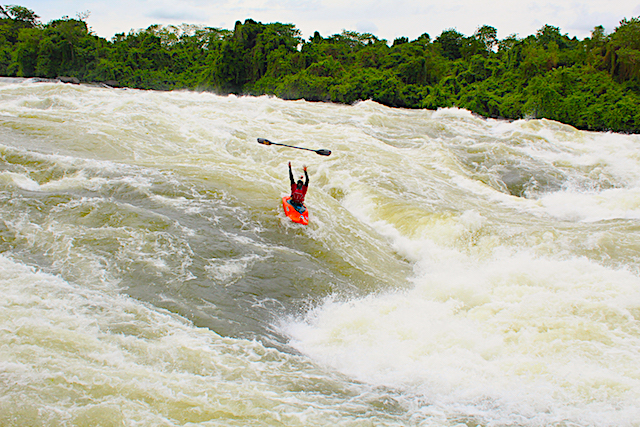 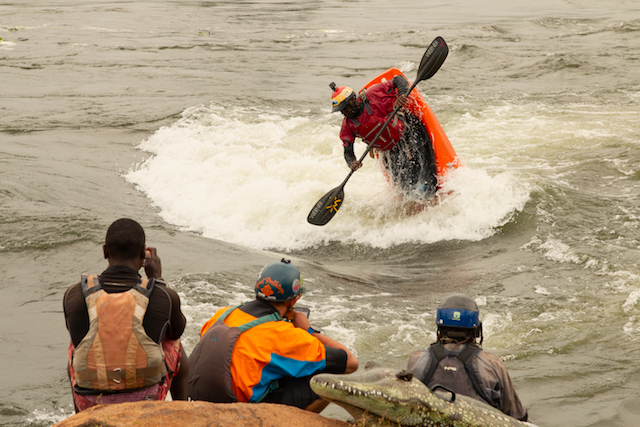 Finally, Vengeance Rapid kicked off the event finale. An epic big water fun rapid. With 1 ride on the Phoenix Wave followed by 2 rides on the surgy and fun Unce wave. From epic playboating, to surfing inflatable crocodiles kept the humour high ready for the new Vengeance mass start race. 25 people racing down this rapid all at once, what could go wrong? Well with the local guys destroyed the foreigners on this one, it was a close race between the local legend and Adrift’s own, Sadat Kawawa taking 1st, and Kayak the Nile’s friendly giant, Musa Mutamba close behind, with Piggy taking the third spot. 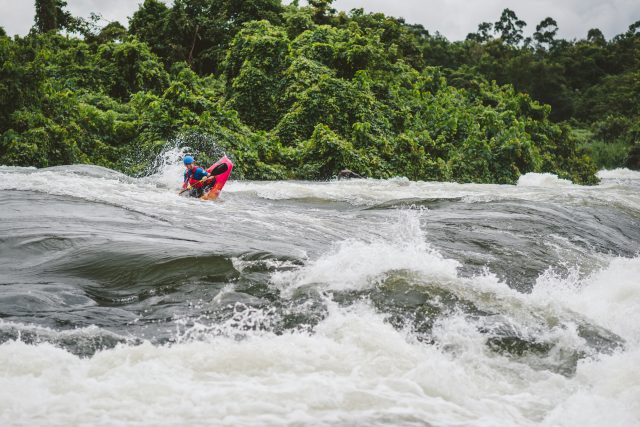 It was then Overland Camp’s turn to host the party. Situated just next to Kalagala Falls, this is a beautiful rural spot. A live Band helped the party feeling with awesome pizzas to recharge after a hard days paddling. Meanwhile the organisers were slaving away scoring the Ugandan National Champs and creating highlight reels for the Friday Freestyle. With the chief videographer from the UK, Aaron Kendall, plus Sam and Bartosz staying up till gone 4am to sort, trim, edit and upload 30 competitor highlight reels! 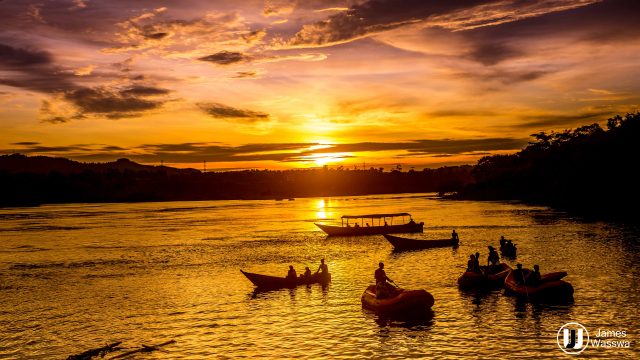 Saturday Itanda Falls Extreme Race
With both the Bike Race and the Itanda Falls Extreme Race this one wasn’t a day for the faint hearted. The crowd really turned up for this one. With the KTN Bar, local meat and chapati stand the show was really about to start. 14 seconds settled the top 5: it was a close one but Piggy, South, Bartosz, Sadat and Sam all made it into the final. The next round was the the insane opportunity for downriver freestyle down this fearsome rapid. Piggy demonstrated exquisite skill by navigating this tricky rapid with just one blade, but the win went to Sadat for an awesome surf in the Pencil Sharpener followed by the compulsory Bad Place surf where he got a real talking to; it’s fair to say the bad place won that particular battle. Unfortunately this year was slightly too low to hold a full Aminah Nakiirya Cuban Big Air surf competition, but that didn’t stop Sam doing an huge airscrew during his final run on the Cuban. 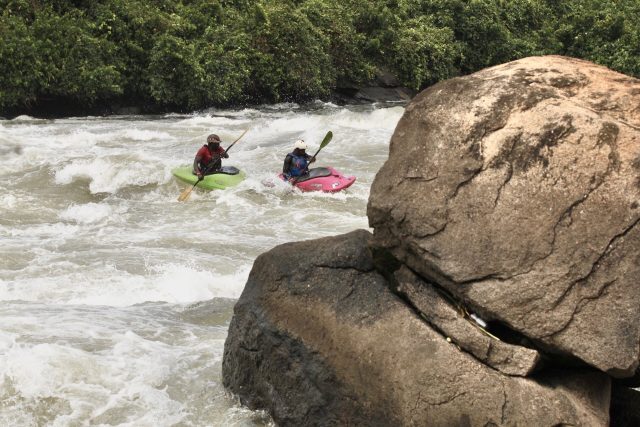 Saturday Night – the Big Hoorah to celebrate this beautiful river. An enthusiastic prize giving started the evening with sponsor appreciation. Lowri hosted the awards with some awesome prizes. including rafting vouchers, Sipi Lodge vouchers and many more. The now legendary Jelly Wrestling (in a raft) started the messy proceedings followed by a local DJ making mince meat of the NRE dance floor. 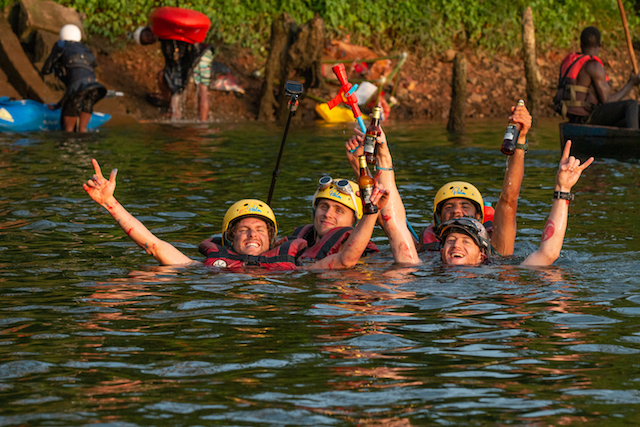 Sunday Raft Freestyle
A flotilla of rafts from a number of the major rafting companies spent the sunday cruising down the river, flips and fun, and some antics ensued. Two rafts stacked on top of each other, and a double crew squeezed into the top raft somehow made it through the crashing wave of Bubugo.

Thank you to everyone who took part in this celebration of an amazing river, and especially to those who contributed to making the Nile River Festival so epic! 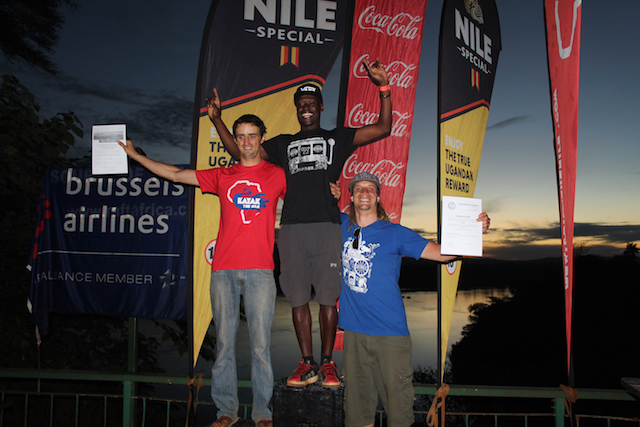 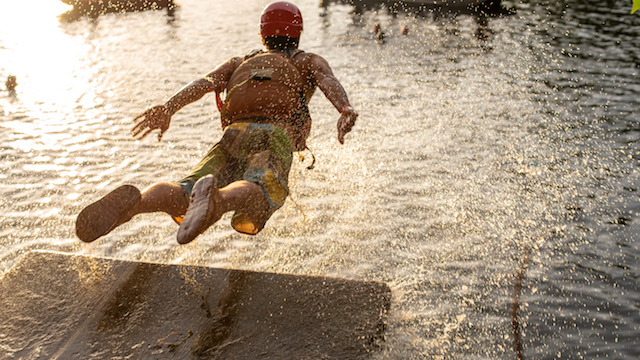 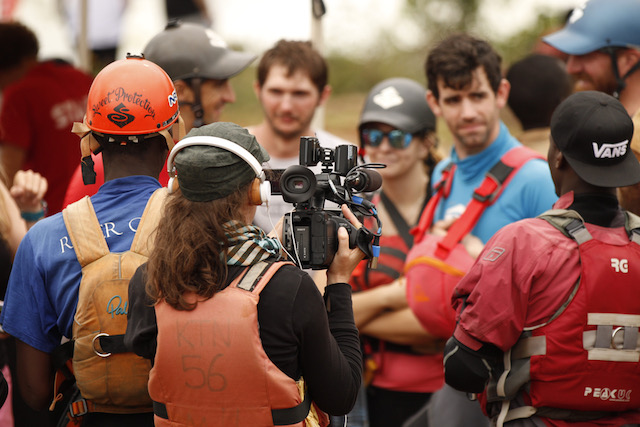 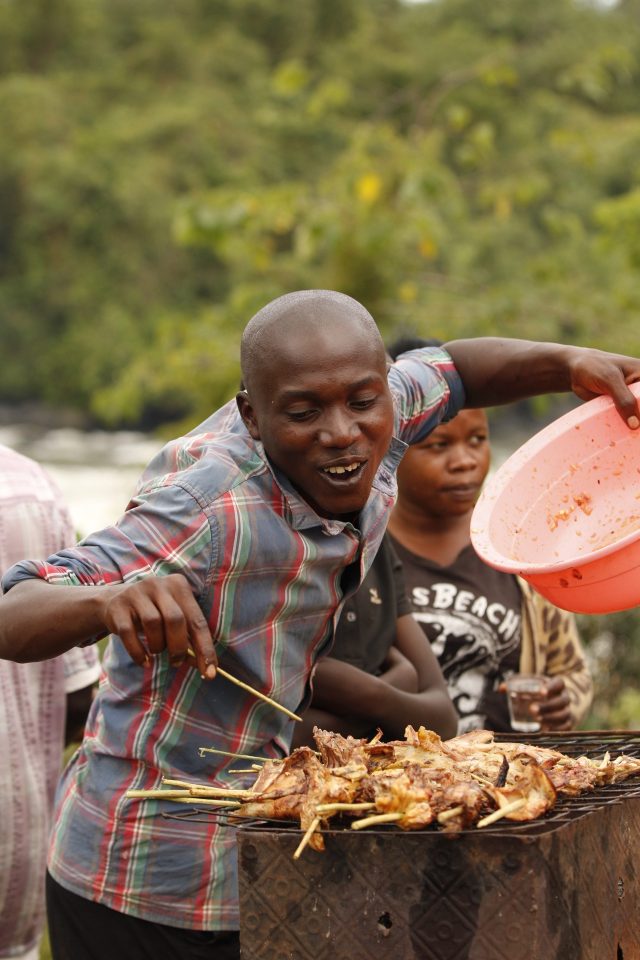 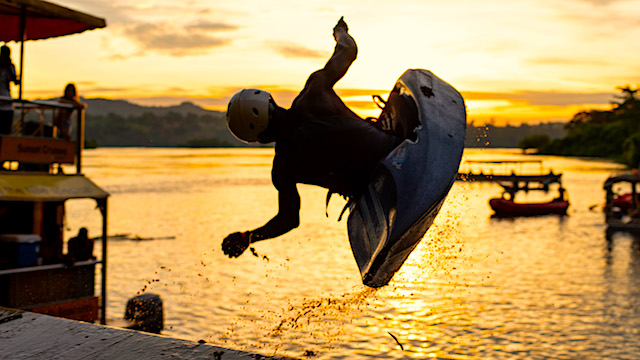 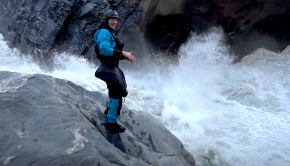