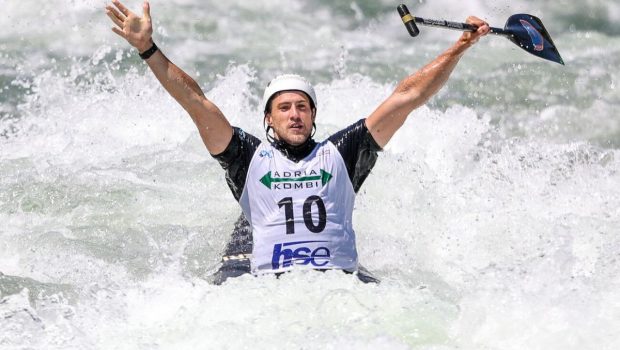 There were double celebrations for Italy on Saturday as Stefanie Horn and Roberto Colazingari both broke through for their first ever gold medals, triumphing at the third 2019 ICF canoe slalom world cup at Ljubljana in Slovenia.

It was a breakthrough win for 2016 Olympian Horn, who began her international career with Germany in 2006 before moving to Italy in 2013. Despite being a consistent finalist at world cup and world championship finals, gold had always eluded the 28-year-old.

But the signs were good in Slovenia, with Horn posting the quickest time in both the heats and the semi-finals, before securing gold in 94.13.

“I think it helps that I am in love with this place, the people are so nice here, you have a great feeling, so I just love paddling,” Horn said.

“In London I did a great semi-final, and I was convinced I could also do a great final. But I put so much pressure on myself that I missed a gate. Pressure is sometimes too much for me. “I have a new coach now, we are working on being more self-confident, and learning that even if you do a small error you can still do a good run.”

Horn finished ahead of local hope Eva Tercelj, who posted 94.39, while Ukraine’s Viktoriia Us recorded 95.04. She also had a two-second penalty for a gate touch, which denied her a first ever world cup gold.

Australia’s three-time world champion, Jessica Fox, did not make the final after picking up a 50-second penalty for a missed gate.

For Colazingari it was not only his first gold medal, but also his first medal of any colour. The 26-year-old won gold at the U23 slalom world championships, but has struggled to make the podium since.

“We worked hard towards this, and this is a result of the hard work we did during the winter. I hope that this is the start, and not the end.”

Colazingari finished with a time of 87.48, with Slovenia’s Anze Bercic second with 88.84, and Slovakia’s Alexander Slafkovsky third on 89.56. 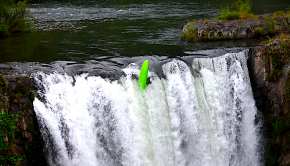