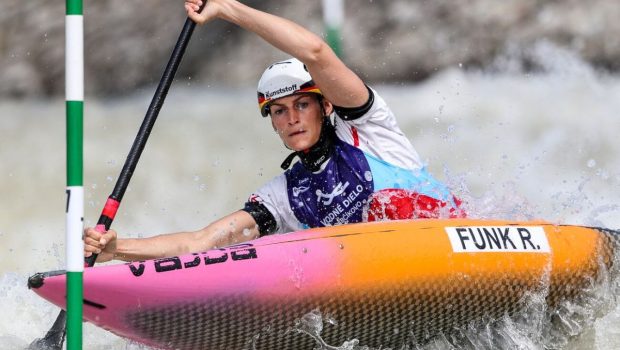 A tough course made the going hard for some of the world’s best paddlers on the opening day of the second ICF canoe slalom world cup in Bratislava, but there were few big name casualties after a full day of racing.

The Bratislava slalom course is already considered one of the most challenging in the world, and it was made even more difficult on Friday with several tough gate placements.

“I was a little bit afraid of gates four, five and six, they are really tricky, but I was really happy with my run,” she said.

“It was really challenging and I was really unsure about this, I didn’t know how it would go and what the water would be like, so I was happy that it went well.”

Funk recorded 96.51 to finish just ahead of Slovenia’s Eva Tercelj in 96.72, with world champion Jessica Fox third in 98.26. Olympic silver medalist Luuka Jones of New Zealand was one of the high-profile athletes who needed a second run to progress to weekend action.

Slovakia’s Alexander Slafkovsky showed he has put his early-season health problems behind him to post the fastest time in the men’s C1 qualifiers.

“For this season, that was my best,” he said.

“Those first eight gates are tough. I was on the start line, and didn’t really know what to expect. I was prepared to react as fast as I can and I did it.”

Several big names needed second runs to get through to the semi-finals of the men’s C1, including five time Olympian Michal Martikan in front of his home crowd, and French duo Cedric Joly and Martin Thomas. 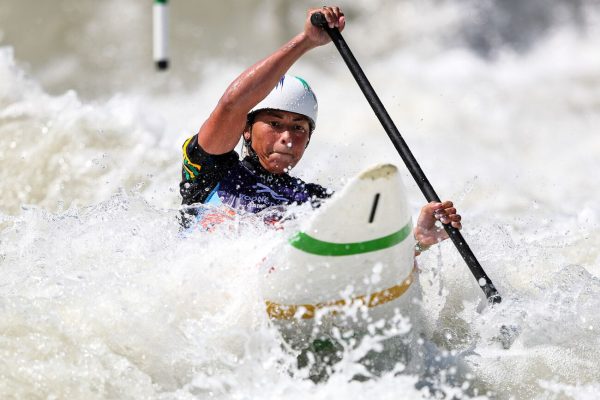 Brazil’s Ana Satila capped off a good day by qualifying fastest in the women’s C1, after earlier also qualifying for the K1.

“It was a good day in the office, and I feel really happy. The first job is done, but now I have to start thinking about the semi-finals,” Satila said.

“It’s a really hard course, especially the first part. I wasn’t confident doing that at all, so I’m really happy to have made the semis in both the C1 and the K1.” 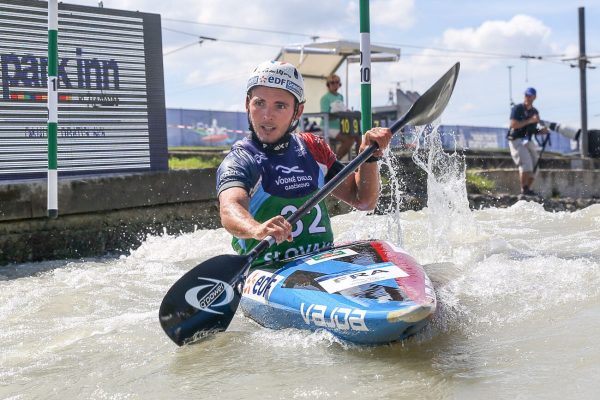 France’s Quentin Burgi was quickest in the men’s K1. His time of 88.26 was almost two seconds quicker than Australia’s Lucien Delfour (90.22) with Poland’s Dariusz Popiela completing a surprise top three in 90.47.

The second ICF canoe slalom world cup continues in Bratislava on Saturday, with semi-finals and finals in the men’s C1 and the women’s K1. 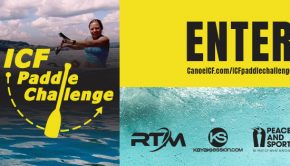 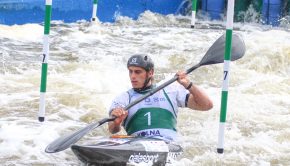