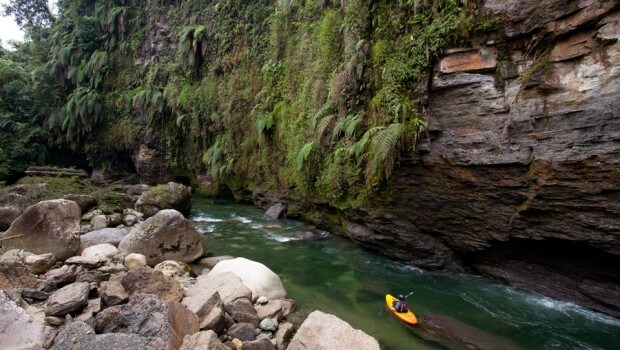 “Tropical paradise” is sometimes an over-glorified term. After all, the tropics are hot, humid, buggy, often disease-riddled. Still, there are enough picture perfect locales in the land of direct sun to let the moniker live, and for whitewater paddling, that picture perfect tropical postcard is Ecuador.

This small country sitting square on the equator is politically stable, friendly, and affordable. It also happens to have the Andes running straight through its heartland; the Pacific Ocean waiting in the west, and the humid Amazon basin looming in the east. Between these geographical dominants sits a highland laced with fern studded river canyons. With over 1,200 millimeters of annual rainfall in most mountain locales, there is a boatable river every few kilometers, and most of them tumble downhill in an even gradient profile that makes them neither too hard or to mellow. This is the kingdom of the boulder-garden class IV rapid. 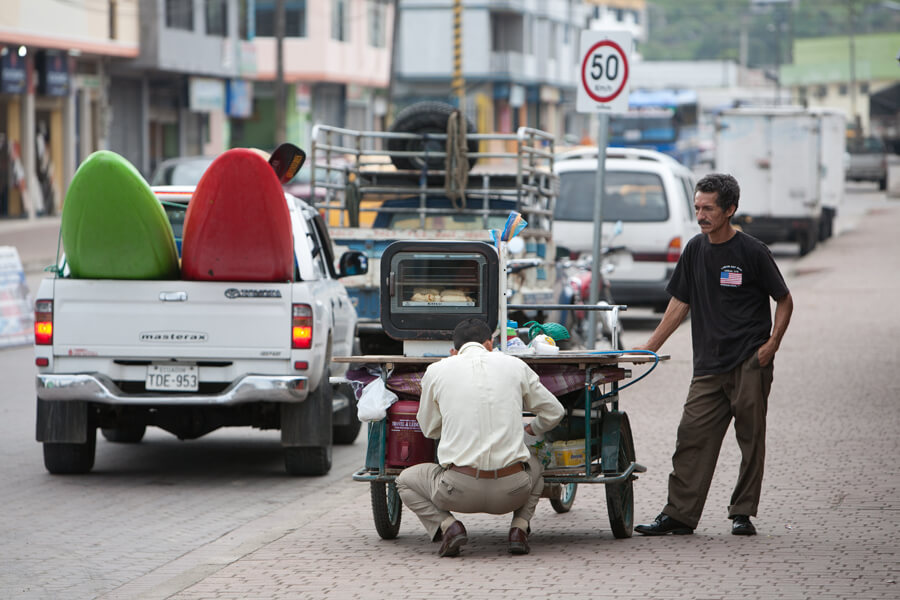 Not that there isn’t plenty of gnarl if you want it. Several narrow canyons are notorious for rapidly rising water levels following hard tropical downpours, and we’ve had plenty of gripping high water days after launching on a mild clear stream. Watch the weather closely here. The rainiest season falls between December and April, but sudden high water can happen anytime here, directly beneath the equator.

For class V action, we recommend flocking to the Quijos Valley, where the Quijos and it’s tributaries tumble downhill from the flanks of 5,700 meter Volcan Antisana. For a wide variety of slightly easier class IV rivers, the town of Tena serves as headquarters. This is the kayaking capital of Ecuador, a town of 30,000 people where hotels abound, from $6 dollars a night USD to $40 for the fanciest accommodations. Tena sits in the province of Napo, a state boasting perhaps the highest concentration of whitewater in the world. With over 20 major rivers and 500 kilometers of whitewater, there’s enough here to paddle a new river every day for months. Shuttle services are also available in Tena, making all those rapids easily attainable for a reasonable price. 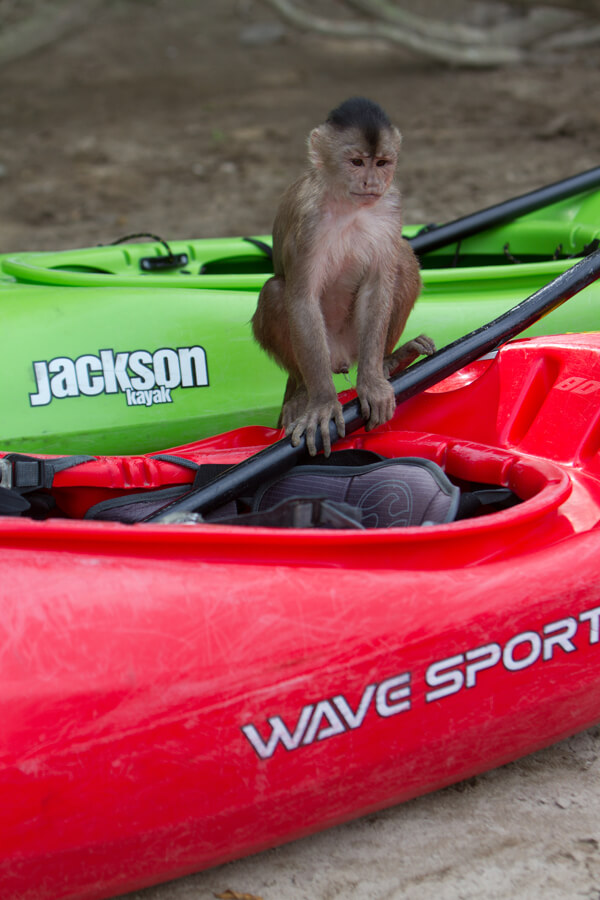 This whitewater paradise was hardly explored before the early 1990s, when Americans John Wasson and Jocelyn Slack spent a winter snooping around with their kayaks. Commercial rafting in Ecuador began around the same time, and it wasn’t long before this little tropical country was host to several ex-pat kayak junkies, like Ecuador icon Don Beveridge. Whether you come for a week, a season, or a lifetime, they’ll all tell you one thing: Ecuador is whitewater heaven.