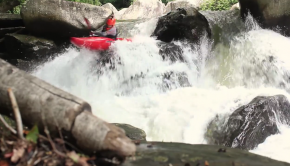 Green River Sanctuary, a First Timer Down the Green

I had the pleasure of showing one of my good friends a special place in North Carolina. The Green River is […

The North Fork of French Broad in North Carolina and the Thompson River in South Carolina are featured. By: Dan […

The One and Only – Toxaway