Chaos on the river! Here is a small little edit Ryan Lucas put together of the Andy Duff Memorial races […

Here are some of the highlights of Costarician paddler, Armando Ormset Castro,  kayaking season in Norway and Costa Rica. « this […

How do you start your day?

I had always wanted to go out to Maruia Falls for a morning paddle before school, and when it came [… 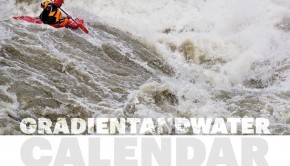 The Gradientandwater calendar is back for 2014.

This year the calendar features a range of stunning images from our friends in action from around the world. Countries […

A summer in New Zealand

This is Lorenzo Andrade Astorga’s latest trip to New Zealand. Follow him as he gets the opportunity to compete in […

For the New Zealand lovers…Follow David Krismayr and his wife Svetlana touring around the world following the sun.  This video was made […