It’s a Canadian – An Open Boater in New Zealand

Paddling down under in New Zealand is wonderful. Amazing water, brilliant people and fun all around. It also is pretty [… 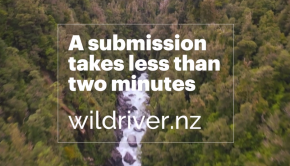 Follow Ben Ghertner, Lawrence Simpson and Jeremy Norbury as they work their way down this classic NZ run! This run is […

Follow Burgess Norrgard and 7 other paddlers down the Upper Hokitika River (New Zealand) in January 2016 ; they found beautiful whitewater, […