The « Buena Linea » Kayak guided Tour is the perfect week for class III-IV paddlers. For 7 days enjoy Ecuador and […

Short segment with Philip Bruner, Simon Gegg, and Eric Walter, running a waterfall in Ecuador, on the Rio Hollin. Looks [… 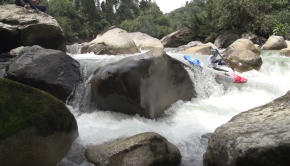 The Jondachi River was slated to be dammed in January 2015. Last year, the international paddling community rallied together with [… 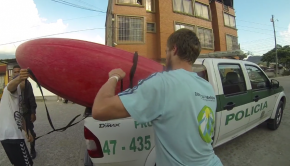 Rap and kayak like lifestyle!! Here is a go pro video from Ecuador showing some of the best rivers that I […

The movie shows several rivers from Ecuador and talks about how strange the river People are; How they enjoy running […

A short kayaking film, to show the world the gorgeous Jondachi in Ecuador. This movie is also there to alert […

Follow some Ecuadorian kayakers lead by Diego Robles, who decided to paddle and explore they own rivers; this short film […