A little video from a nice day in the Futa with friends from different places! hope you like it! With […

Check out Aniol Serrasolses’ entry for the 2013 Rider of the Year Awards in the  Downriver Freestyle category. Freewheel, Boof to Swim, […

Follow Gerd Serrasolses (ks 48 – interview) tripping  down in Southern Patagonia, on the Futaleufu and nearby rivers. Enjoy&# 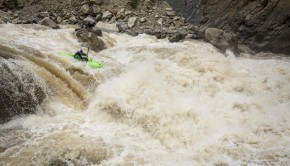 Deep Peruvian gorges, fast whitewater plus Aniol Serrasolses and friends equals one big adventure. Peru is known for many things: the […