The story of a kayaking adventure on the Indonesian Island of Sulawesi. At the end of December 2014, five female [… 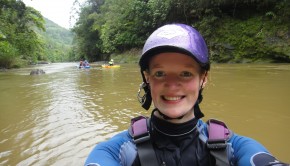 By: Amy Elworthy There’s an idea that says to me, having fear can keep you alive. But to be alive fearing […